This project rediscovers Kotor's myths and legends from the days when it belonged to the Austro-Hungarian Empire. It also presents wonderful cultural sights and local businesses that you can visit today. Have you been to this Montenegrin town before?

Let's do some time travelling

Kotor in the Austro-Hungarian Empire

Kotor came under the rule of the Habsburg Monarchy in 1797, and in 1805 it was conquered by the French army of Napoleon Bonaparte. The French remained in Kotor until 1805 and during that period fought several wars with the Montenegrins and the Russians, who soon managed to conquer it.

After the final defeat of Napoleon, Kotor and the entire Bay of Kotor became part of the Austrian Empire in 1815. During the wars with Napoleon, most of the Boka Navy was destroyed, but the Austrians soon began building a port for modern ships.

During Austro-Hungarian days, the center of Kotor retained its Mediterranean charm, while the surrounding hills gained large infrastructure and development systems.

Pictured below, you can see the Fort of Gorazda. It was built between 1884–86 and its most notable feature is a 100-ton Gruson rotating turret on its roof. During the World War I, the fort was used in artillery battles against Montenegrin batteries stationed on Mountain Lovćen. The Montenegrins were pushed out of range in 1916 by an Austrian offensive and the damage to the fort was repaired. Its guns were then given as the support to the Austrian field army. Today, the Fort is publicly accessible and makes for one of the history-rich tours that you can find in Kotor and its surroundings.

However, the above-mentioned Fort Goražda is just one of the many cultural sights that you can find when looking for traces of Austro-Hungarian legacy in this fascinating Montenegrin town. Given that the Austro-Hungarian force was one of the largest and most influential empires in Europe, their architectural remains in Montenegro and are an absolute revelation to many tourists.

The roads that this empire has built make for very attractive hiking paths, just like the Kotor-Cetinje road shown here. The forts that were built on the outer banks of the empire, in order to protect it, provide magnificent views of the surroundings. Lastly, military and history experts still admire the planning brilliance that stands behind these infrastructures.

If you'd like to visit forts that were built during the Austro-Hungarian empire in Kotor and its surroundings, we highly recommend you visit: Fort Goražda, Fort Vrmac and Fort Šanik.

If you're looking for local gems hidden in Kotor's city center, here are some of our top architectural picks:

Kotor was always the center of tourism

The town where the past and the present are heavily intertwined

Moving away from the hills and the fortifications systems, next to explore is the beautiful Bay of Kotor and its tourism potential that was always present.

Back in the Austro-Hungarian days, the fortification of the entire Bay of Kotor and the hinterland of Kotor was accompanied by the construction of the port that aimed to prevent unwanted incursions from the sea.

During the Austro-Hungarian rule, Kotor was the seat of the 5th Fleet, but also the center of tourism, just like it is today. It's breath-taking scenery has put it in the top 25 most beautiful bays of the world. To see exclusive sights from the St. Ivan's Fortress that's carefully wrapped above Kotor's old town, click the video below.
After enjoying this virtual, quick trip to today, it's important to note that Kotor is still a fascinating place. Located in the heart of southern Europe, it is one of the oldest cities in Europe and one of the best preserved medieval and baroque cities in the Mediterranean. In addition to historically rich Austro-Hungarian traces, Kotor also exudes the magical spirit of the Venetian Empire, which ruled Kotor for almost 400 years.

UNESCO has included the Old Town of Kotor, whose current appearance dates back to the 15th and 17th centuries, as a World Heritage Site. Wandering the narrow, romantic streets of this historical gem is a really unique experience. Every corner of the old town hides a story just waiting to be told. The city exudes a relaxed atmosphere, without any hurry.

Although a highly visited tourist attraction, Kotor has not lost its authentic charm. The inhabitants of Kotor still meet in the city for coffee with friends, and washing clothes between stone buildings is a reminder that the ancient city is still alive. Wild strawberries or pomegranate ice cream are just some of the delicacies that the streets of the old town hide within them.

This is one of the few places in the world where the past and the present merge in a perfect symbiosis. In 2016, Lonely Planet declared it the #1 city to visit, worldwide!

If you're keen to learn more Austro-Hungarian insights from Kotor, keep scrolling to read myths and legends that the walls of Kotor hide. 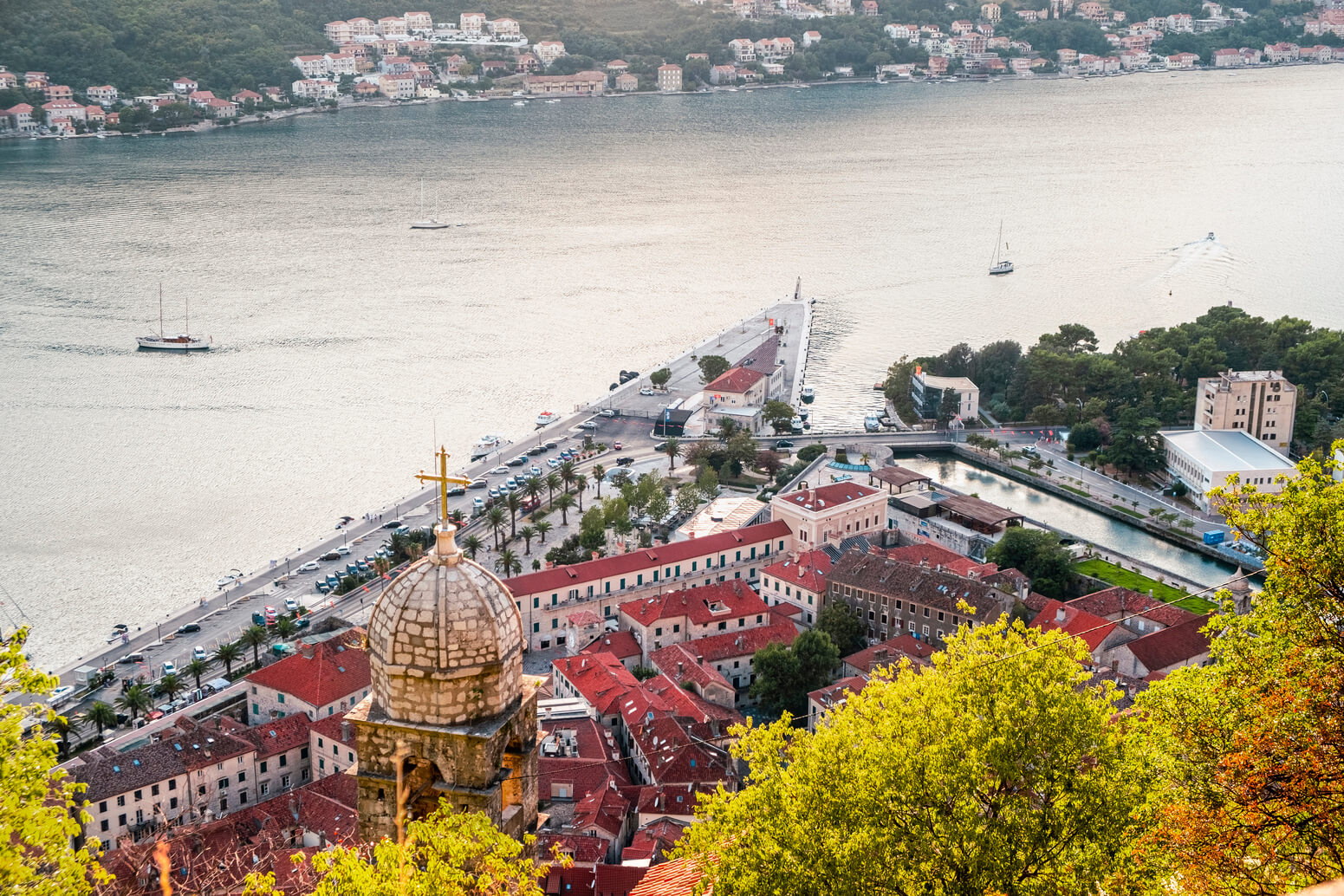 Fortification of Boka and the 83 fortresses

Exactly 83 fortifications in and around the Bay of Kotor were counted, mostly near Kotor itself. It is believed that the concentration of fortifications around Trebinje and in Boka represents one of the densest systems of fortifications in Europe. It speaks of the fear of the mighty Austro-Hungarian Empire from guerrilla incursions of Montenegrins or their Russian allies. 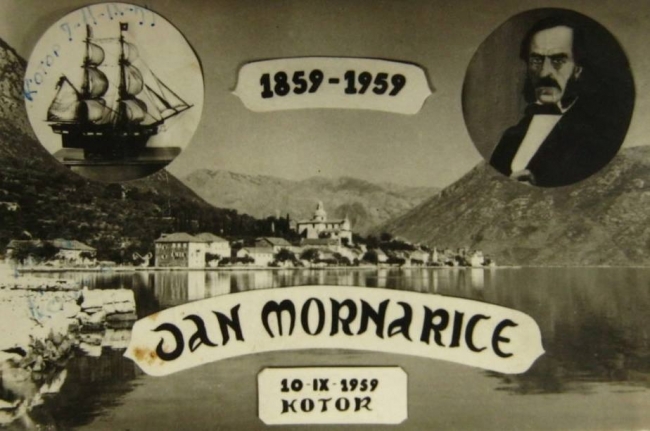 A maritime story about Ivo Vizin

In 1806 in Prčanj, Ivo Vizin was born. As tradition dictated, Ivo trained as a naval captain, after which he became the captain of the sailing ship Splendido. At the helm of Splendid, together with 11 crew members, Captain Ivo Vizin, in 1852, set out from the port of Antwerp on a trade route, across the Atlantic, along the coast of South America. They reached the Chilean port of Valparaiso, and from there to the coasts of California and the port of San Francisco. In 1853, Splendido crossed the Pacific Ocean and arrived in the Far East. In these waters, Captain Ivo Vizin will stay for a full 6 years, sailing and trading in the Pacific Ocean and the Chinese Sea. On the way home, the Splendid crew set off from Singapore, and the road took them around the Cape of Good Hope, all the way to the coast of Europe. After nine years of travel and 100,000 nautical miles, Ivo Vizin became the first southern Slav to sail around the world. 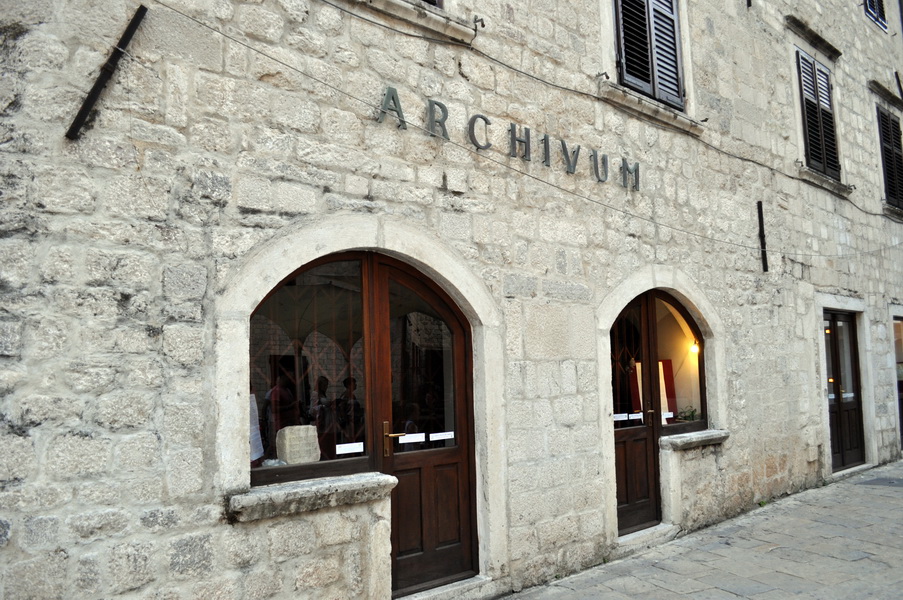 The Kotor Archive is one of the most important cultural institutions in Montenegro. It contains important cadastral books from the time of the Austro-Hungarian rule. Interestingly, it is often these cadastral books that are often used in civil property disputes to resolve disputes.
More history-rich stories from Kotor

The fairy and the rise of Kotor

There is a story that Villa Alkima advised sailors not to build a city on the high hill above Kotor, but to build it by the sea, because "without the sea, there is no life for them". They obeyed her, and then the villa, thanks to its powers, built a bridge to the neighboring hill. The bridge looked like a big city gate, and even today it is called the Fairy Gate. It is believed that, at a certain time of night, the chosen Kotorans, the favourites of the villa, can see the villa sitting at the Fairy Gate.
More history-rich stories from Kotor

SMS Zenta was a light cruiser built for the Austro-Hungarian navy and a leading ship of its class named after the city of Senta. A few weeks after the outbreak of the First World War, on August 16, 1914, the united Anglo-French fleet began control of the Adriatic Sea. After leaving Kotor, Zenta was accompanied by a destroyer that blocked the Montenegrin coast. They fell under the trap of 17 French and British naval units composed of warships and armored cruisers that blocked her escape to the north. After the destroyer managed to escape, Zenta was sunk by cannon fire during a naval battle along the coast of Bar, in which 179 people lost their lives. The Zenta is considered to be the first ship to be sunk in the First World War.
More history-rich stories from Kotor

Saint Tripun (Trifon, Trifun) is the protector of the city of Kotor. Old legends say that his holy relics - which were respected by both Catholics and Orthodox - arrived in Kotor at the beginning of the 9th century during a visit by a group of Venetian merchants returning by boat from the Holy Land. Although the Venetians were not willing to give the Kotorans valuable relics, after the storm returned their ship to the city port 3 times, they interpreted it as a sign of God and decided, after receiving a certain amount of money, to give them to Kotor.

Kotor through the years 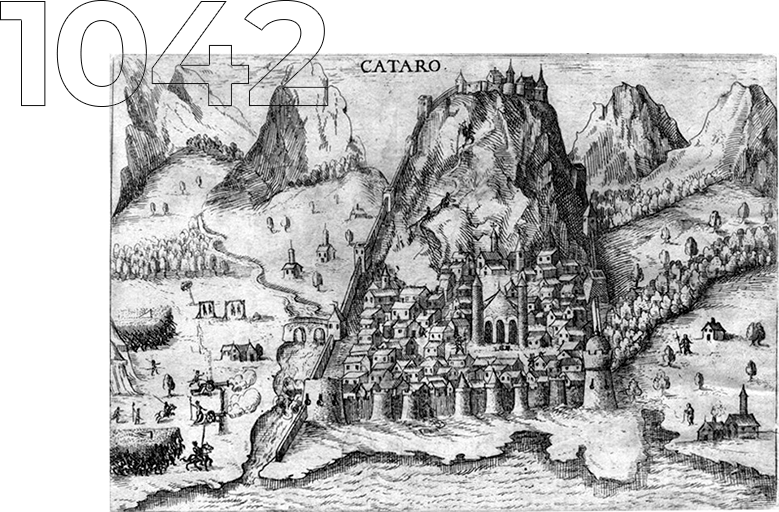 One of the oldest continuously inhabited places in Europe.

Kotor is one of the oldest continuously inhabited places in Europe. It is believed that the city was built by the Romans on the foundations of an Illyrian settlement somewhere in the 1st century BC.

After the final defeat of Napoleon, Kotor and the entire Bay of Kotor became part of the Austrian Empire in 1815

The first southern Slav to sail around the world

After 9 years of travel and 100,000 nautical miles, Ivo Vizin became the first southern Slav to sail around the world

UNESCO has protected the Old Town of Kotor, whose present appearance dates back to the 15th and 17th centuries. Wandering the narrow, romantic streets of this historical gem is a unique experience

Kotor as an independent city

After the turbulent 14th and 15th centuries, in which Kotor even existed as an independent city for a while, due to the threat from the Ottomans, in 1420 it agreed to the rule of the Venetian Republic.

Explore the Austro-Hungarian architecture in the gallery below

Check out our database

Choose your next Austro-Hungarian tale

I want to learn more about Subotica, Serbia

Take me to Subotica